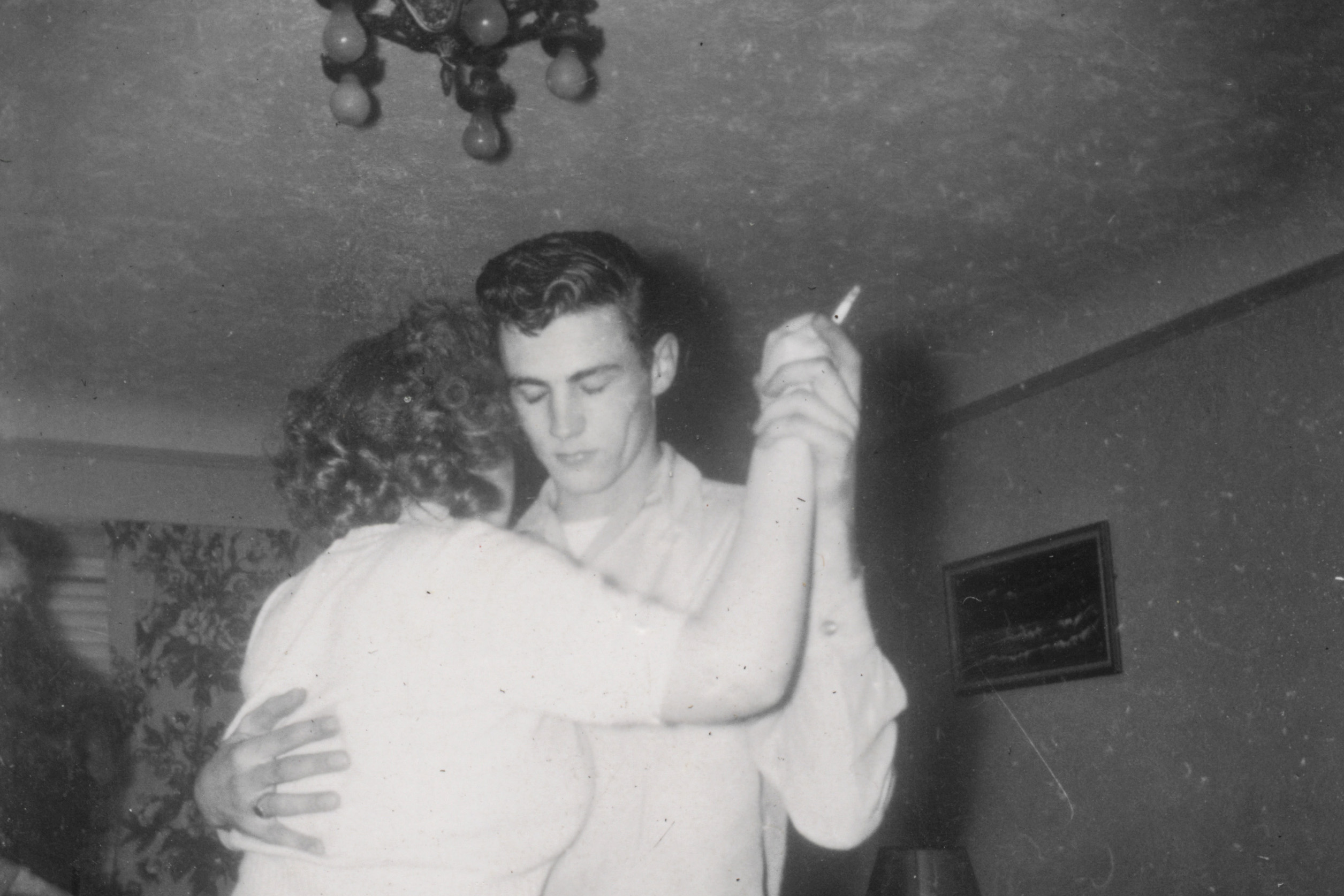 (image source, under this licence)

I want to make a case for more dancing. I mean everyday dancing, not the kind you only do when you’re drunk or attending a class. Aretha Franklin’s sense of rhythm isn’t a requirement, nor as good control over your hips as Elvis. No fancy shoes needed. There’s no pressure to impress, because everyday dancing should be like breakfast. As long as you can put slices of bread in the toaster and pour orange juice, you’re good — fancy sauces and soufflèes don’t belong on a breakfast table anyway.

My mum often talks about stunda. The best English translation I can do is “the moment”, or perhaps the grammatically incorrect “the while”. It’s a period of time where the whole point isn’t what you’re doing, but that you’re spending time together and it’s nice. Just like the best breakfasts are about stunda, so is this everyday kind of dancing. Not about the steps, or how “well” you do them, but the other stuff. That good glow in your stomach from being in a crowd that’s having a good time. Holding someone’s hand (it might even be a bit sweaty). The freedom to be silly, or serious.

Still not convinced that more dancing would be good for you? Say you want to meet new people, then. Romantically, friendship-ly, both. Everyday dancing gives you a way to meet someone in a rather clever way. Yes, you’ll have to muster the guts to ask someone to dance (which shouldn’t only be the lead’s job, by the way). But, at least in an ideal world, you’re also much more likely to get a yes. A three-minute dance is just less of a commitment than giving away a phone number or saying yes to a date. Not to mention that since you’re dancing, any awkward silences will be filled with music.

When it comes to people you already know, think of dancing as an extended hug. Though there is something romantic about dancing as a concept, especially in pairs, it doesn’t have to be a romantic activity. It can simply be nice.

So, how do we bring dancing back? First, we get inspired. And for that, there is no better place than the silver screen. The links may lead to spoilers, so consider yourself warned. We’re looking for dance that, to the people in the movie’s world, isn’t a set choreography; they’re just having a good time.

Starting with one of my favourite TV-shows, we have the dance party from season 2 of Orphan Black, which shows beautifully how different people dance differently to the same song. While you’re watching the show, you might want to check out the unexpected slow-dancing scene in episode 6 in the same season. For a grander version of slow-dancing, who could be better than Audrey Hepburn and Humphrey Bogart in Sabrina? I also think Buffy and Angel have their charm (and I’m team Spike, so that’s generous of me). A heartbreaking version happens in a tent, proving that hardwood floors are optional.

If you’re more of an exhibitionist, the Pulp Fiction twist is a classic for a reason, but still low-key and (supposed-to-be) improvised. Sam and Patrick do have a choreography in The Perks of Being a Wallflower, but it’s so charmingly free-spirited I think it belongs here anyway. For anyone stuck in the idea that dance “has” to be perfectly, professionally done, I suggest watching Silver Linings Playbook. Bradley Cooper in duct-taped sneakers might convince you otherwise.

Finally, my favourite-casual-dancing-scene-of-all-time is in the movie Only Lovers Left Alive. I suggest you allow yourself two hours to watch the whole thing, but if you’re impatient, you can watch a low-quality clip of the dance scene by clicking here.

“My parents danced together, her head on his chest. Both had their eyes closed. They seemed so perfectly content. If you can find someone like that, someone who you can hold and close your eyes to the world with, then you’re lucky. Even if it only lasts for a minute or a day. The image of them gently swaying to the music is how I picture love in my mind even after all these years.”

from “The Name of the Wind” by Patrick Rothfuss

We’re all tapping our toes or shimmying our shoulders by now, right? Good. The next thing we need is music. Pick your own favourites, or give my “Bring Back Dancing” playlist a go. It’s a goodie bag of songs that will all get me to my feet, though they have wildly different characters, and therefore different uses.

Personally, I think the best songs for casual dancing should have at least one of three qualities. One: the goofy, peppy and/or ironic kind. Good if you’re not sure about your dancing partner(s), since they allow you to do retro moves with a silly face, and touching your partner isn’t necessary. Try “This Old Heart Of Mine” with The Isley Brothers, or “Come on, Eileen” by Dexys Midnight Runners.

Two: the hip-swayingly sensual, or even straight-out sexy, kind. Marvin Gaye’s “Let’s Get It On” is cheesy enough to be funny-in-the-beginning-but-maybe-suddenly-properly-sexy. Try “Head Over Heels” with Tears for Fears if it’s dark outside.

The third kind are the romantics. There’s quietly-dancing-in-the-kitchen-in-morning-sun-romantic, like Tim Moxam’s “Live In The Bedroom” or Daniela Andrade’s version of “La Vie En Rose”. Or go all-in with Lana Del Ray’s “Young and Beautiful”, if you’ve got a starry-eyed someone like me in a garden somewhere.

“Because you want me to hold you, but you don’t know how to ask.”

a book I haven’t read, but it’s a pretty smooth quote

As for the actual dancing, the teacher in me had a long list of tips and tricks. But the writer in me thinks this blog post is bordering on too long already, and there are far better dance teachers than me out there anyway. I will say this, though: if someone puts out their hand to drag you to your feet, be a good sport, if you can. If it was you who was asking, you’d appreciate that, right? And if you’re being turned down: they have their reasons. Accept it, gracefully.

Finally, some tips on leading and being lead, since one-on-one dance is probably the most foreign kind to most of us.

To lead well, use the “guy’s” arm positions, with your right hand placed on your partner’s back, and your left holding your partner’s (right) hand. Take charge, nicely. Your partner will probably wait for you to make the first move, literally, so make up your mind and just move your foot.

To follow well, don’t go limp and expect your partner to physically move you around. Your arms should have a little resistance in them, just enough so you can feel a gentle push, and can react on your own. They’re leading you, not animating you. Despite what many think, following can be even more tricky than leading. If you’re not leading, you usually have no idea what the other one will do, after all. Try to not get lost in your own head, analysing everything your partner does. The more you can “let go” in your mind, the better.

Disco’s are tricky. You look a total wally if you dance too early but after one crucial song tips the disco over, you look a sad saddo if you don’t.

Casual dancing encourages so many things I like about life. Connection. Non-sexual physical contact (or pre-sexual contact, if the moment is right). A break from being stuck in your head, in your life. Everyday romance. Play. Music. Stunda. So you might as well dance.

Written by Maria Hansen Troøyen, a woman in her thirties who used to blog about fashion and now doesn’t really blog at all. She intends to start again soon, though. Ye be warned.